“The persistence of racial disparities, and in particular, how often African Americans are victims of police-involved shootings.” This was—roughly translated—the response I elicited from one of the half dozen lawyers who had drawn up chairs beside me in a modest, U-shaped room that was the local public defender’s office in Vanadzor, Armenia. We were an hour and a half into an engaging conversation that covered a wide range of topics, and I had posed to the group this question: “What are some of the things you’ve heard about the United States that you find most striking or surprising?” 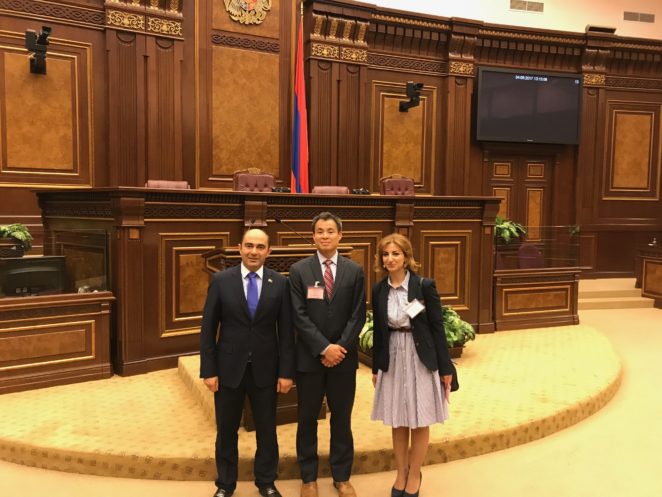 I had the privilege last week to participate in the exchange component of a Professional Fellows Program that sent me halfway across the world to study the Armenian legal system with a focus on the protections and rights it affords for its most vulnerable and impoverished citizens. Sponsored by the U.S. State Department and administered by the American Councils for International Education, the program is intended to facilitate learning and cooperation among American professionals and their counterparts abroad.

The first part of the program took place over five weeks last fall, when Legal Aid was selected to host an Armenian lawyer, Narine Avagyan, the Deputy Head of Legal Development and Analysis at the Ministry of Justice and the Director of Yerevan State University’s Legal Clinic. Months later came the second part, which involved me going to the Republic of Armenia for an “Outbound Project” that Narine designed with Legal Aid’s assistance. I went with the goal of learning more about the provision of legal services in Armenia to litigants involved in criminal and civil matters who are unable to afford a lawyer, and to explore the viability of creating a more robust pro bono culture within the Armenian legal community.

Over the course of the past week, I had the opportunity to meet with the Dean of Yerevan State University’s Law Faculty, two Deputy Ministers in the Ministry of Justice, the Chairman of the Chamber of Advocates and his deputies, the Deputy Public Defender, a member of Parliament, a civil appellate judge, and the head of the School of Advocates. I also met with representatives from major Armenia law firms, non-governmental organizations, the Office of the Human Rights Defender, the Armenian Central Bank, the American Embassy in Armenia, local public defender offices, and many others. My visit culminated in a lecture that I was invited to deliver at the law school the Friday before my departure.

What I found most striking overall in these meetings was how generous Armenians were with their time, and how willing they were to share their knowledge and expertise with me. It was a professional experience like no other I have had. But of all of my many meetings—which were without exception illuminating and thought provoking—it was the one with the local public defenders in Vanadzor that left perhaps the most lasting impression on me. (In Armenia, the federally established but severely underfunded public defender offices provide advice and representation to certain designated vulnerable populations, including individuals in poverty, in both criminal and civil matters.)

Last Wednesday morning, Narine and I got into the car and drove two hours outside of Yerevan (Armenia’s capital) along highways and rural roads to reach the relatively small town of Vanadzor. We parked out front of an unremarkable building in the center of town and walked up to a one-room office on the second floor. We were greeted by two or three men and later joined by others—all local public defenders. Our half-hour meeting extended into the afternoon and spilled over into lunch.

They listened intently, patiently answered my questions, and spoke with refreshing candor. I walked away struck by their directness, honesty, and warmth. I was humbled by what I learned from hearing them describe how they approached their work, and the perspectives they shared. Over the course of the conversation, I came to understand that Vanadzor's public defenders essentially served as the community’s fixers, Jacks of all trades. And who knew that lawyers in a small town half a world away were paying attention to, and troubled by, the state of race relations in America? (The week I was in Armenia, yet another tragic police-involved shooting took place in a Dallas suburb, resulting in the death of an unarmed, 15-year-old African-American boy.) 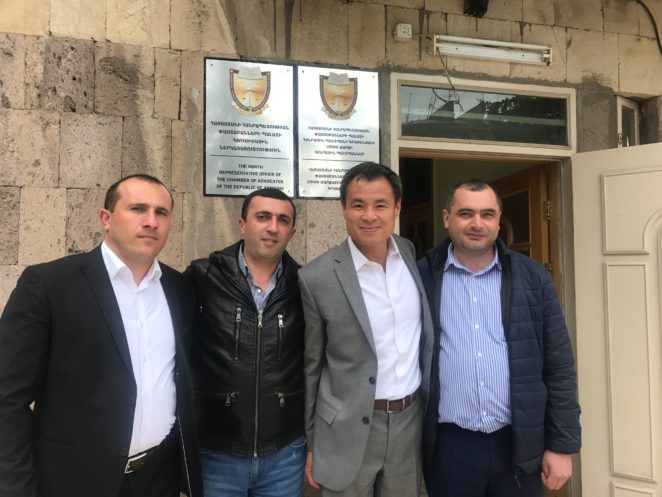 I began penning these reflections on my flight back to the U.S. on Sunday, a little tired from long days of meetings and jet lag, but also full of enthusiasm from the unique opportunity I was afforded to visit Armenia. Even as the program comes to a formal conclusion, I hope to stay in contact with Narine and the Armenian lawyers, advocates, and policymakers I met abroad. As I write, a bill is floating about in Parliament in Armenia that would reduce unintended tax disincentives and provide greater non-monetary incentives for lawyers and law firms to engage in pro bono work. I am eager to provide whatever help I can to Narine and others fighting to improve the provision of legal services in Armenia.

But it is by no means a one-way street: I can certainly say that my participation in the program and my time abroad have made me a better advocate and lawyer. It has given me a new and fresh perspective on things. And I am confident that the insights I gained from the experience will undoubtedly inform my work at Legal Aid and impact the way I view the enforcement of rights and the rule of law for years to come.