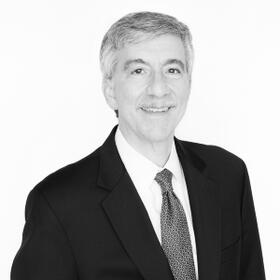 I began planning for an early retirement from my “big law” career some time ago, thinking there was still time for another chapter in my legal career. I wanted to do something that would put me in closer touch with the “equal justice under law” ideal that had influenced my decision to become a lawyer in the first place.

So in September 2013, having wound down my 30-plus year practice at McKenna Long & Aldridge LLP, I joined Legal Aid’s Consumer Law Unit as a pro bono volunteer pending my official retirement at year end. As of January 1, I became a Volunteer Staff Attorney, representing consumers in debt collection cases as part of the Consumer Law Unit’s court-based initiative in the Superior Court’s collection dockets.

I was no stranger to Legal Aid. Between 1992 and 2005, I had served on its Board of Trustees, including a two-year stint as President (from 2000 to 2002). More recently, I kept in touch with Legal Aid through its Presidents Council. But nothing in all those years of involvement with Legal Aid begins to compare with the hands-on experience I’ve had in the last five months.

Anyone who doubts the importance of making lawyers available to unrepresented defendants in civil cases should spend an hour in our local debt collection or landlord-tenant courts. In so many cases affecting the livelihoods and lives of those defendants, the absence of legal representation so obviously results in a denial of fundamental justice. As I’ve learned, it’s one thing to understand this on a conceptual level. It’s quite another to see it in action, week in and week out, in open court.

Working in the Legal Aid office on a regular basis also brought home another defining characteristic of this organization. Everyone here is deeply committed to the cause of making justice real for our clients. They bring rigor, talent, and professionalism to serving the needs of every client. I’ve never seen better lawyering.

Legal Aid lawyers make a real difference in their clients’ lives. I’m so pleased to be playing a small role in that.