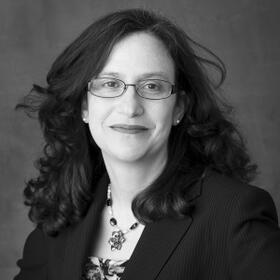 Updated June 17, 2014: This case is discussed in today's Washington Post.

Updated June 18, 2014: It has also been covered by an article posted today on ThinkProgress.

In a case of first impression, the D.C. Court of Appeals issued a landmark decision on June 6, 2014, awarding full unemployment benefits to our client who was fired after repeated incidents of domestic violence that interfered with her workplace.

The case, E.C. v. RCM of Washington, Inc., clarifies when a job loss is “due to domestic violence,” under the 2004 domestic violence provision of the D.C. Unemployment Compensation Act (amended in 2010). The court held that the provision should be interpreted broadly to protect victims when domestic violence was a “substantial factor” in their job loss. In reaching this conclusion, the court recognized that victims of domestic violence often exhibit behaviors that, while intended to placate their abusers, may simultaneously undermine certain employer codes of conduct.

In this case, our client, Ms. E.C., lost her job after her ex-boyfriend—having stalked her at work, assaulted her and destroyed her property—made good on his threats to get her fired. RCM of Washington, Inc. terminated Ms. E.C. for allowing her abuser onto the workplace property three times in an attempt to appease him and prevent him from exploding and causing an unsafe work situation.

Ms. E.C.’s initial unemployment compensation application was denied. She appealed the denial with representation from Legal Aid but was only granted partial benefits and disqualified for the first eight weeks of benefits. Ms. E.C. appealed that decision to the D.C. Court of Appeals.

I represented Ms. E.C. at the Court of Appeals with Drake Hagner, and Jack Keeney, Jr. A coalition of domestic violence organizations and organizations led by Joan Meier of DV LEAP and co-counseled by Matthew Eisenstein, Adele Gilpin, and Christa Forman of Arnold & Porter LLP submitted an amicus brief. At the court’s request, the D.C. government also submitted a brief that favored a broad reading of the statutory provisions consistent with Legal Aid’s position.

In a press release issued last week, Legal Aid recognized Ms. E.C.’s courage in raising these important issues and securing this critical decision that will benefit countless future survivors of domestic violence who suffer a job loss as a result of their abuser’s actions.

The decision is the first case in D.C. to give meaning to the domestic violence safe harbor provision of the D.C. unemployment compensation statute. The ruling is likely to have wide-reaching precedential effect—at least 18 other states have similar domestic violence protections, and to our knowledge, none of those statutes have been judicially interpreted by the highest court of any other jurisdiction.

The victory in E.C. represents the hard work and dedication of Legal Aid’s public benefits, family law and appellate teams. And, as with all of our appellate victories, this case is a great tribute to Barbara McDowell and the work we do in her name. Some of Barbara’s earliest cases at Legal Aid were in the area of unemployment insurance, advocating for the Court of Appeals to more clearly define the state of mind requirement for gross and simple misconduct cases and establishing a line of case law that ensures that claimants in unemployment (and other) administrative trials got a fair chance to present their cases on the merits. Additionally, she also worked on several important cases on behalf of women attempting to escape domestic violence. E.C. is therefore a special tribute to Barbara, as it advances the rights of domestic violence survivors pursuing unemployment insurance, an essential safety net benefit.