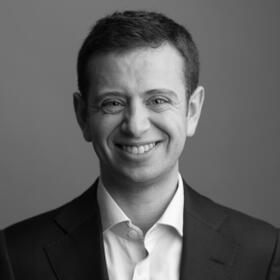 Recently the DC Court of Appeals ruled in favor of a group of tenants who have been fighting for years to protect their rights under the Tenant Opportunity to Purchase Act (TOPA). DC Council first passed TOPA in 1980. Back then, like today, DC was facing an affordable housing crisis. For over forty years, TOPA has continued to serve DC tenants—particularly low-income tenants—helping them fight displacement and maintain at least some control over the future of their homes. The ruling from the Court of Appeals last week protects the power of TOPA for DC tenants.

For example, in the early- and mid-2000s, landlords tried to hide the sales of buildings through multi-step deals: first they would deed a portfolio of residential buildings to a shell corporation, and then they would transfer majority control of that shell corporation to the intended purchaser. Ultimately, the Court of Appeals and DC Council stepped in to make sure that developers stopped using these multi-step deals to erode tenants’ rights under TOPA. The Court recognized that multi-step deals liked these could be sales, and the Council passed legislation clarifying that it had always intended TOPA to cover these kinds of multi-step transactions.

This most recent Court of Appeals case was about a new creative transaction, which the landlord and developer claimed did not trigger TOPA. The transaction was a 104-year ground lease for the lot where the tenants’ home stands. However, the ground lease did not transfer control of the residential building itself until a set of contingencies was triggered.

Viewing this transaction as a sale, the tenants’ association sued their landlord to vindicate their rights under TOPA. However, the trial court dismissed the tenants’ case without giving them the opportunity to participate in discovery, even though, in other similar cases, discovery had unearthed significant evidence that a sale had occurred.

Legal Aid recognized that, if the landlord and developer were able to use this transaction to get around TOPA, then future developers would have a blueprint to deny other tenants their TOPA rights. Even though Legal Aid was not representing the tenants’ association in this case, we worked with organizational partners in the legal services and affordable housing community to file an amicus brief. Bread for the City, the Coalition for Nonprofit Housing & Economic Development, the D.C. Bar Pro Bono Center, Housing Counseling Services, the Latino Economic Development Center, Legal Counsel for the Elderly, Neighborhood Legal Services Program, Rising for Justice, and University Legal Services all joined us in filing this brief. The brief explained the impact that a ruling against the tenants’ association would have on the TOPA rights of tenants throughout DC.

For the oral argument, Eric Konopka of Latham and Watkins represented the tenants’ association, laying out the details of the complicated ground lease in this case and explaining how the ground lease operated as a sale in all the ways that are relevant to TOPA. Mr. Konopka also offered to share his time at oral argument with Legal Aid, and we discussed how this kind of transaction could weaken the TOPA rights of tenants throughout DC.

Ultimately, the Court of Appeals found that the transaction at issue in this case could be a sale under TOPA. While the Court of Appeals did not make a final decision on the substantive question—it did not decide whether this particular transaction was a sale—it found that discovery was necessary to figure out whether a sale had occurred in this case. This decision will prevent future landlords and developers from using these kinds of contingent ground leases to deny tenants their rights under TOPA.