Tony is a commercial litigator and Partner in Charge of the DC office of Akin Gump. Throughout his career, Tony has demonstrated a deep commitment to the cause of access to justice for vulnerable DC residents. During his decade-long tenure managing the office, Akin Gump has become one of the leading pro bono firms in the city, with its attorneys averaging more than 140 pro bono hours last year. 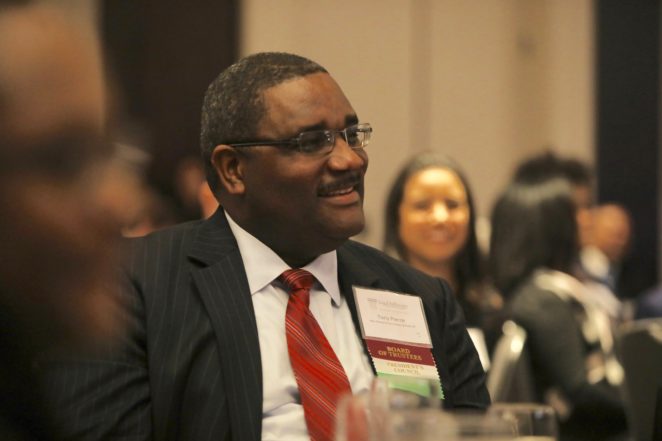 Appointed by President Barack Obama, Tony serves as a Commissioner and the Vice-Chair of the DC Commission on Judicial Disabilities and Tenure, which supervises the conduct and reappointment of DC judges.

Tony is also highly engaged in influential business organizations in the Capital Region. He is the past chair of the Greater Washington Board of Trade and serves on the board of the Greater Washington Partnership, a group of civic-minded business leaders investing in solutions that drive growth and create economic opportunity. He is also the General Counsel of the Economic Club of Washington and a member of the Executive Committee of the Federal City Council.

A generous supporter of the organization, Tony has worked diligently to further Legal Aid’s mission in so many ways. Tony has personally done more than 1,600 pro bono hours over the past 15 years and has been on the Capital Pro Bono Honor Roll for the past four consecutive years. Tony has served on Legal Aid’s Board of Trustees for two decades, including a term as president from 2006 to 2008. During his time on the Board, Tony has helped build the most diverse and effective board in Legal Aid’s history.

Vernon Jordan, Tony’s mentor and former Servant of Justice honoree, will be presenting the Servant of Justice Award to Tony at this year’s dinner. The Servant of Justice Award recognizes individuals or organizations who have demonstrated faithful dedication and remarkable achievement in ensuring that all persons have equal and meaningful access to justice. Other past honorees include Abid Qureshi, Latham & Watkins; Thomas C. Papson, Volunteer Staff Attorney, Legal Aid Society of the District of Columbia; Vanita Gupta, President and CEO of the Leadership Conference on Civil and Human Rights; Donald B. Verrilli, Jr., former Solicitor General; Marian Wright Edelman, Founder of the Children’s Defense Fund; and Eric H. Holder, Jr., former Attorney General.

Individual tickets to the April 25th Dinner are still available, but don’t wait until the last minute! Please click here to buy tickets or reach out to Rob Pergament, Director of Development, at rpergament@legalaiddc.org for more information.