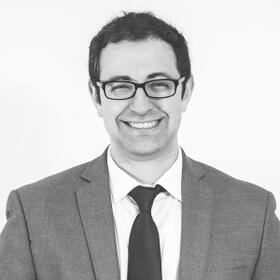 Mr. Racine became the first elected Attorney General in the District in 2015 and transformed the Office into a force for advancing the public interest. Under Mr. Racine's tenure, the Office of the Attorney General returned millions of dollars to District tenants and collected millions more from landlords who subjected their tenants to unsafe or uninhabitable conditions. He took on online lenders that charged interest rates which far exceeded the legal rates and took action against any company that sought to dece ive consumers or steal hard-earned wages from DC workers. And he ended the routine shackling of juveniles in court and fought to ensure that children are treated as children in the legal system by focusing on rehabilitation.

“Karl’s Racine’s commitment to low income and marginalized communities is reflected in the cases he chose to file and judgments he was able to win during his tenure,” said Rachel Rintelmann, Legal Director of Systemic Advocacy & Law Reform at Legal Aid. “Because of his efforts, landlords, lenders, employers, and others now know that these laws will be enforced, and that they can’t violate the rights of District residents with impunity. That’s a real change.”

Mr. Dantzic is a Partner at Latham & Watkins LLP who has served on Legal Aid’s Board of Trustees since 2010, including as President from 2018 to 2021. Mr. Dantzic has set a new standard for philanthropy and generosity, not only challenging himself to give deeply – together with his wife Martha they have given more than $600,000 to Legal Aid alone to date – but unabashedly pushing his colleagues at Latham and fellow Board members to do more. He helped lead Legal Aid’s Board and the organization through the pandemic and an Executive Director transition, a period during which Legal Aid continued to grow its impact. Mr. Dantzic has also been a regular volunteer at Legal Aid’s in-person intake clinic, meeting with prospective clients to hear about their legal problems, issue spot, and ensure that applicants receive the legal assistance they need.

“I’ve seen David’s commitment to Legal Aid first-hand, and it is truly second to none,” said Joan McKown, President of Legal Aid’s Board of Trustees. “I am thrilled that we will have an opportunity to properly recognize David for his dedication at this year’s Dinner.”

The Servant of Justice Award recognizes those who have demonstrated faithful dedication and remarkable achievement in ensuring that all persons have equal and meaningful access to justice. This year's Dinner is co-chaired by Raul Fernandez of Monumental Sports & Entertainment, Jessica Hough of Skadden, Natalie Ludaway of CINQCARE, and Dana Remus of Covington, with a goal of surpassing the fundraising record of $1.73 million set in 2022. It will also be the first Dinner for Legal Aid’s new incoming Executive Director, Vikram Swaruup, who will join Legal Aid on February 27 after serving as Chief Deputy Attorney General under Mr. Racine.

“The Servant of Justice Awards Dinner is a wonderful opportunity for the DC legal community to join together to ensure that our neighbors in the District have access to the legal representation they need and deserve,” said Ms. Remus, who previously served as White House Counsel in the Biden Administration.

Sponsorships for the Dinner start at $10,000 for a table of ten. Please contact Rob Pergament, Director of Development, at rpergament@legalaiddc.org or (202) 661-5964 for more information about supporting the Dinner.